As we give toys to children in need this Holiday!

**Please note: If you cannot attend in person you may mail/ship an unwrapped new toy to the address above.

I agree Hammar’s treatment is an “absolute disgrace. There is no excuse for this and the picture of an American, a Marine, chained to a cot is despicable.

In some ways, Lance Corporal Hammar is another victim of the botched “Fast and Furious” program. Mexico has stringent gun control laws in part because of weapons illicitly purchased in the US and trafficked back into Mexico.

I pray that, just as with Benghazi, the new normal for Time magazine’s Man of the Year is not to abandon this Marine, as his Administration did two Navy SEALs. These actions only serve to erode the trust and confidence in the Commander-in-Chief from our men and women in uniform – and all Americans, for that matter.

Support the travel boycott to Mexico, and call the White House to let this Administration know we do not tolerate abandoning LC Hammar.

by Kevin McCullough for TownHall

There is a pretty reliable predictor in America today. If someone says something nice about our military, the need to support them, or show demonstrative appreciation for them outright–that person is likely a person of the political and theological right.

I’m not sure why that’s the case, but it is so dog gone accurate in the circles of punditry, media, and entertainment, I have to think it’s not much different in other places where hard core partisan ranks exist.

This weekend is the perfect example.

One of the most important films to be made in such a long time–honoring our military–reinforces the love of family, the honor of sacrifice, the love of country, and most importantly deep appreciation for men who do things most of us would shrink from. Yet almost universally in media, punditry, and entertainment circles it is being panned as pro-war-mongering-propaganda-responsible-for-all-that-is-wrong. They base these arguments on everything from video games, to perceived war crimes.

They lay these charges at the feet of Act Of Valor, an independently produced film debuting this weekend.

But what I want to know more specifically is why?

Why were there repeated articles on GAWKER and HUFFINGTON POST this week–prior to the film’s release and in a couple of instances complete admission by the person writing the critique that admitted they hadn’t seen more than the trailer–that included denouncements of danger, lies, and propaganda that this film contained?

FINISH THE REST OF THIS ARTICLE BY CLICKING HERE: TOWNHALL.COM 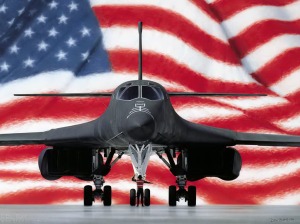 America’s Best Veteran’s Day – Speech of Col. Oliver North to the NRA This video tribute on the front lines is the story of true patriots, told by Lieutenant Colonel Oliver North at the NRA Annual Meeting. It’s a stirring profile of the spirited, courageous guardians of our precious freedoms. America’s best … 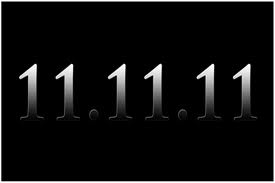 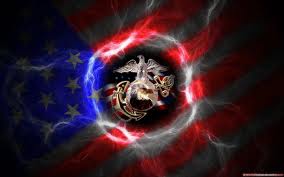 There are two reasons I am writing today.

The first is that today is the 236th birthday of the United States Marine Corps. Since before the founding of our country, the Marines have valiantly served to keep us safe and free. Their courage under fire and unparalleled valor have made them admirable examples for every member of our armed services and true inspirations to all Americans.

I encourage you to join me in wishing the Marines a Happy 236th. I’m posting a message on my Facebook wall and hope you will do the same.

The second reason I am writing is that Veteran’s Day is tomorrow. And while some look at Veteran’s Day as a holiday or an extra day off, I think it’s important to remember those who have fought — and in many cases — lost their lives so we could be a free and safe country.

As you know I served in the Army. I’m proud of my service, but even more proud of the thousands who came before me and many who will serve in years to come.

I was recently honored to speak at a dinner honoring Rep. Buck McKeon, Chairman of the House Armed Services Committee, as he received the Center For Security Policy‘s Keeper Of The Flame Award. I won’t re-hash what I said here, but would encourage you to take a moment to watch this video and share it with your friends.

I hope you will take a moment this weekend to thank our veterans for all they have done.

Thank you again for all you do for our country.

PLEASE SUPPORT ALL CANDIDATES BY SOCIAL NETWORKING TODAY. IT ONLY TAKES A MINUTE TO PUT ON YOUR FACEBOOK PROFILE OR SEND A TWEET. THESE FINE VETERANS NEED OUR HELP.

This Veterans Day Home Front Hugs would like the United States of America to help honor our nation’s Veterans.

OPERATION POSTCARD HUGS from the USA to Veterans, thanking them for their service.

Also visit their website and see the wonderful things that they do for our troops abroad and at home. homefronthugs.org

follow them on twitter for the latest information on troops needs, volunteer work and more at @HomeFrontHugs

Thanking ALL of our Armed Forces in every branch of the service, active, retired and Veterans. Thank you from the bottom of my heart. God bless you all.

Who is Ilario Pantano?

Ilario Pantano is a respected combat veteran, and bestselling author who has worked in both global markets and small business. The “born again Southerner” is a 38 year-old conservative committed to promoting job creation and revitalizing the economy, protecting the homeland and preserving our conservative values.

Pantano launched his congressional campaign with the ‘100 Days of Work’ initiative highlighting southeastern North Carolina’s number one issue: jobs and the economy.  In ongoing discussions with employers and employees, Pantano turns to the free market of ideas to refine the solutions needed to revive the lagging economy. “As someone who has agonized over payroll and scrambled to get customers, I can relate to the struggles and the triumphs in today’s job market and the paralyzing effects of excessive taxation, regulation and litigation.”

Pantano, whose young children attend public school, also makes the case for top-tier educational programs that can simultaneously attract and educate a work force of innovators.

Pantano’s ‘100 Days of Work’ connects him to the people of the 7th district whose representation has been monopolized by a single party for over 140 years. “From my experience in small and large companies, I recognize that the best ideas often come from the bottom up and not the top down, particularly when the top, in this case Washington, has lost touch with the people.”

The call to serve his country is not a new one. Pantano has sworn the oath to defend the Constitution of the United States three times in his life: first as a 17-year old Marine.  As an anti-tank gunner, Pantano fought in the first Gulf War, with the Sixth Marine Regiment that helped to liberate Kuwait from Iraqi invaders. Later, Pantano would become an Elite Scout Sniper and train with foreign militaries in the Mediterranean. His service included support of the UN peacekeeping mission for what was then Yugoslavia.  Sergeant Pantano was honorably discharged (1993) and attended New York University at night while working at Goldman Sachs by day.  He began as a clerk in the oil and gas markets of the New York Mercantile Exchange (NYMEX) and ultimately worked up to a position trading electricity.

In 1998, a decade before Wall Street’s underbelly was publicly exposed, Pantano made a decision to reject the greed mentality that he found morally repugnant, despite the salary. “As a capitalist, I appreciate the importance of profit, but as someone one who had always put service before self, I could not abide by the damage that was being done to human lives by reckless speculators like Enron.” Five years ago, Pantano presciently wrote of his decision to leave Wall Street in his memoir Warlord.  In one story, a Goldman trader, who would later go on to management at AIG, smugly goaded Pantano, “Do you know how much money I made in oil while you were in the Gulf War?”  Today, Pantano laments on the AIG bailout, “now all of our children will pay to protect that trader’s private airplane, and that is not okay.”