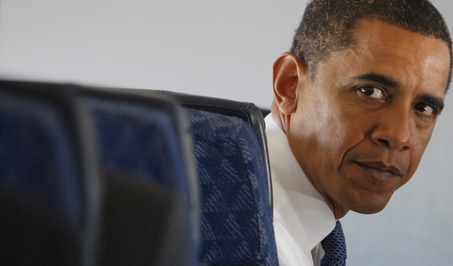 This was a time of white presidents you could criticize without being attacked as a racist. For me and my fellow black conservatives, it was a time when we wouldn’t be called an Uncle Tom because we didn’t support “the brotha.”

I long for the good old days, when gasoline prices passed $3 a gallon and I screamed at President George W. Bush from high Heaven. Gas prices settled below $2 a gallon before Bush left office, and the Left said it was because the Bush family killed Iraqi’s for oil.

Today, gas prices remain at least a dollar above “Bush gas,” and Leftists are spiking the football.

– Kevin Jackson of The Black Sphere

CONTINUE READING THIS ARTICLE YOU WON’T WANT TO MISS IT!

The Black Sphere – Obama has established the NEW normal.

Remember the good old days when I wasn't called an Uncle Tom for criticizing “the brotha”? (aka Obama)… http://t.co/dUEfiODcpr

My dad taught me an interesting maxim, “Never read your own press and never drink your own tub water.” It was advice I didn’t understand as a young fella, but fully comprehend today: don’t get full of yourself. I never read articles written about me. However, when I can, I read your comments to see what y’all are thinking. Thanks for your words. It just never ceases to amaze me how liberal progressives never address the issue or the point being made. Calling me Uncle Tom, saying I’m a war criminal who should be in prison – what a bunch of chuckleheads. All they’re doing is proving liberals and Alinskyites are devoid of the intellectual rigor to engage in valid debate and would rather engage in petulant whining – just like their Dear Leader, President Obama.

Rep. Allen West, R-Plantation, will speak with NPR’s “Tell Me More” host Michel Martin today. He’ll talk about why he reconsidered his membership in the Congressional Black Caucus, controversies over his own past remarks, and whether he thinks Democrats and Republicans will ever find common ground.

West, on whether Democrats and Republicans can come to an agreement on fiscal matters, said this: “I think he’s [President Obama] trying to pick a fight with House Republicans. I don’t want to fight. I want to make sure we do the right things for our country.”

On why he reconsidered his membership in the CBC after Rep. André Carson, D-Ind., suggested that some members of the Tea Party would “love to see us as second-class citizens.hanging on a tree,” West said this:

“I’ve been called Uncle Tom, I’ve been called sell-out, I’ve been called Oreo and many other variations of different racial epithets, but you’re not going to hear me come out and say something incendiary which will bring up images of lynchings. I think that we have to be a lot more mature in what we’re saying. So, I still cannot condone what André Carson said, but I think that it’s important for me to stay within the Black Caucus because you have to, as I said earlier, bring that varying perspective and different outlook and insights from a conservative aspect.”