Last night I spoke at an event in Alexandria for EW Jackson, GOP nominee for Lieutenant Governor in Virginia. Jackson’s story is a powerful one, initially raised in poverty in a foster home, juvenile delinquency, reunited with his dad, former Marine, summa cum laude from U Mass, and Harvard law school graduate. However, the story yesterday was an attack against his daughter in POLITICO. The liberal media revels in attacking minority conservatives — prominent Hispanic conservative Senator Ted Cruz experiences the same treatment. However, the party of slavery, secession, segregation, Jim Crow, and the KKK especially enjoys attacking black conservatives, well aided by a highly complicit liberal progressive media and black liberals who remain silent. Consider how, on the 50th anniversary of Dr. King’s March on Washington, not a single black conservative was invited to speak. No Justice Clarence Thomas or Senator Tim Scott. However, the man who cancelled the DC school voucher program for deserving black kids, Barack Obama, was celebrated. The hypocrisy is glaring. The continual practice of not just disagreeing but seeking to destroy the lives of those minority conservatives who do not embrace liberal dogma is vile. However, no one can destroy our steadfast resolve. Black conservatives are especially hated by liberals because we so love America.

A new poll from Bloomberg shows 68% of Americans say the U.S. is on the wrong track.

Let me put that into perspective: 2 out of every 3 Americans believe this nation is heading in the wrong direction.

Friends, clearly something is very wrong in Washington.

What we have is a disaster.

As we close in on our quarterly deadline, I need you to stand with me to usher in the next generation of conservative leaders. It’s our mission to send more principled conservatives to Congress, like Senator Ted Cruz, who never shy away from what they know is right. That’s why I’m asking you to invest in the Guardian Fund today to make sure we meet our $200,000 online goal for the quarter.

No matter how much you’re able to give, your support will bring us one step closer to electing 14 new hard-charging conservatives to Congress in 2014. Thank you in advance for your support.

A hearty congratulations to Texas Senator Ted Cruz for being a man of principle who is fulfilling his oath to the people of Texas and the American people. In the face of incessant criticism and betrayal from his own party — something I know about –he has persevered and stood up for this Constitutional Republic. The Patient Protection and Affordable Care Act (PPACA) also known as Obamacare is an abomination, an onerous piece of legislation passed in the middle of the night, strictly partisan, and as a Democrat leader articulated, “we must pass the bill in order to find out what is in it.” The American people, and labor unions, now know what is in it. And don’t ignore the unconstitutional delays enacted by President Obama. I want you all to ponder the waivers and exemptions granted, a sure evidence of cronyism, not to mention the unnecessary cuts to MEDICARE for seniors. And even as Lois Lerner retires, Obamacare will hire 16 THOUSAND new IRS agents. Steadfast and Loyal Senator Cruz, I got your back.

Published on May 8, 2013 by Pajamasmedia

Col. Allen West has firsthand experience fighting with the left, especially on issues like race. The left has subjected Col. West to horrible libels over the years, but he has resolved to keep fighting for his values. Hear how he does it, and how you can too. 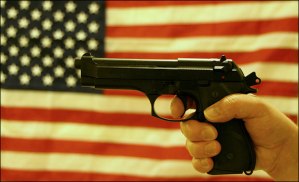 I wanted to give you a quick update on the gun tax legislation in the U.S. Senate this week.

While some senators continue to push for a compromise on the background checks required in Harry Reid’s legislation, Senators Rand Paul, Mike Lee, Ted Cruz, and Marco Rubio — who have already pledged to filibuster the legislation when it reaches the floor — have added nine more conservatives to their ranks. Today, these 14 brave senators sent a letter to Harry Reid voicing their opposition to a bill that “would infringe on the American people’s constitutional right to bear arms, or on their ability to exercise this right without being subjected to government surveillance.”

Time is running out. We the People must stand up for our Second Amendment rights immediately. That’s why I’m urging you to add your name to the “No Taxes on our Guns” petition right away.

After signing the petition, please consider a donation of $25, $50, $100 or more to the Guardian Fund to help us elect 12 more hard-charging conservatives like the 13 U.S. senators fighting against this unconstitutional legislation. 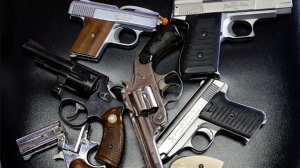 Just when we thought the liberals couldn’t find anything else to tax us on, Harry Reid proposes a gun tax.

Reid knows he can’t repeal the Second Amendment, so he’s determined to make it more difficult and expensive for us to enjoy the gun rights granted to us by the Constitution. That’s why his new legislation requires the sale of a firearm to include a fee for a government-mandated background check through the National Instant Criminal Background Check System. Because we’ll be required to pay for this government-mandated check, Reid’s legislation is, more or less, a federal firearms tax.

We the People cannot stand for this. We must fight back!

Stand with me to defend our Second Amendment rights by adding your name to the “No Taxes on our Guns” petition today.

Your signature on the “No Taxes on our Guns” petition will send Harry Reid and his radical allies a loud and clear message that we won’t let them trample upon our Second Amendment rights-or any part of the Constitution. I can’t emphasize enough how important this is.

Reid’s legislation is expected to reach the Senate floor next week, so we don’t have much time to prevent its passage. Senators Rand Paul, Mike Lee, Ted Cruz, and Marco Rubio have signed a statement promising to filibuster Reid’s bill if it reaches the floor, but their efforts are only a stopgap.

The only way to ensure Harry Reid’s bill does not become law is for We the People to demonstrate we will not back down. That’s why I’m asking you to add your name to the “No Taxes on our Guns” petition right away.

So won’t you sign the “No Taxes on our Guns” petition right away?

Please also make a generous donation to support the Guardian Fund to help us elect more leaders like Senators Paul, Lee, Cruz, and Rubio to defend our Constitution. Thank you in advance for your support.

P.S. Harry Reid has proposed a gun tax, and it’s up to We the People to stop it. Please follow this link right away to sign the “No Taxes on our Guns” petition.

Also consider a donation to the Allen West Guardian Fund to help elect 12 hard-charging conservatives to guard our Constitution.

Elected as South Carolina’s 55th senator in 2004, Sen. Jim DeMint quickly established himself as one of the most effective conservative leaders in Washington, seeking to enact innovative solutions to improve America for future generations. He has been a tireless advocate for smaller government, individual liberty, a strong national defense and traditional values, and his work to end earmarks, he is often referred to as a “taxpayer’s greatest ally”.  In early 2007, DeMint also fought for immigration reform, based on common sense solutions like securing the border, enforcing the laws already passed, and streamlining the legal system.  In 2006, he was elected Chairman of the Senate Steering Committee, which works to advance conservative legislation.  Recently, DeMint was ranked as the No. 1 senator voting for responsible tax and spending policies by the National Taxpayer’s Union.  DeMint understands the greatness of a country found in the people and values, not in government. 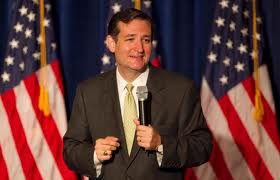 Ted Cruz is a Partner at Morgan, Lewis, & Bockius in Houston LLP, where he leads the firm’s Supreme Court and Appellate Litigation practice.  Also, from 2004-2009, he taught US Supreme Court Litigation as an Adjunct Professor of Law at the University of Texas School of Law.  Before serving as Solicitor General, Ted served as Director of the Office of Policy Planning at the Federal Trade Commission, an Associate Deputy General at the US Department of Justice, was Domestic Policy Advisor on the 2000 Bush-Cheney campaign.  Ted was also the first hispanic ever to have clerked for Chief Justice; clerking for William Rehnquist on the US Supreme Court.