Here is truly one of the exceptional good guys on Capitol Hill, my former colleague and friend Rep. Trey Gowdy (R-SC). I would love to see President Obama, Hillary Clinton, and Susan Rice being questioned by Rep. Gowdy, with no 5 minute time limit.

The interesting thing is that the pathetic cowards of the Obama media cannot answer these questions either. The media who does not seek the truth is complicit in the deaths of these four Americans. And if Speaker of the House John Boehner continues to refuse to bring forth a vote on a select committee, well, I and many Americans are waiting for an explanation.

One day Trey Gowdy will be our US Attorney General.

Watch @TGowdySC rip the liberal media over Benghazi. Some day, this man will be Atty General. http://t.co/twq0vA7GeM

by Allen West for allenbwest.com

Last year leading up to the election, President Obama said Al Qaeda was on the run and had been decimated. Obama and his talking head, now National Security Advisor Susan Rice, went on five different Sunday talk shows and told us the attack in Benghazi was a spontaneous reaction to a video. Then-Secretary of State Hillary Clinton offered apologies to the Muslim world and even spent US taxpayer dollars to create a television commercial airing in the Islamic world apologizing for the crude video.

But according to reports from Fox News’ Catherine Herridge, it seems several of the Benghazi attackers had ties to the supposedly decimated senior Al Qaeda leadership and — surprise, surprise — the attack was not at all spontaneous. 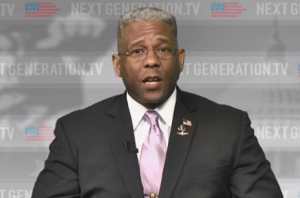 When it comes to resolving the Benghazi incident, it’s like Obi Wan’s line from Star Wars, “move along, nothing to see here.” A year after a US Ambassador was murdered during an Islamic terrorist attack along with a State Department official, while two former US Navy SEALS were abandoned to die, as Hillary Clinton stated, “what difference does it make?” It seems if you’re in the Obama Administration you can clearly lie and deceive the American people as Obama, Clinton, and Susan Rice did. You can stonewall any attempts to find and interview the 30-35 survivors. You can disperse and hide CIA operatives who were there in Benghazi at an annex. You can be John Kerry and tell the country, it’s all good and everything is fine. It is not fine, it is not a phony scandal and this blatant disrespect of the families who lost their loved ones, and disregard of the American people is despicable. The level of corruption being displayed in this cover-up is highly disturbing, and yes, seemingly reflective of high crimes and misdemeanors by Barack Obama, Hillary Clinton, Susan Rice, John Kerry, and the puppet-mistress, Valerie Jarrett. Congratulations, you all just pissed off the country.

As we all watch the assortment of scandals plaguing the Obama administration, I find it quite comical how so many liberal progressives are falling upon their swords to protect President Obama. Just yesterday we saw David Plouffe characterize these scandals as “distractions.” Well Mr. Plouffe, I do not deem abandoning Americans under attack as a distraction, but I do find you a disgusting liar –right along with Susan Rice, Jay Carney, Dan Pfeiffer, and Eric Holder. In the Army we had something called ‘command climate.’ The command climate emanating from President Obama is one of arrogance, deceit, intimidation (remember his statement about punishing your enemies in 2012), incompetence, and character assassination. I am sick of the rhetorical assertions that none of this involves the President. All of this involves the President. As the ol’ folks used to say in Georgia when I was growing up, “you shall be known by the company you keep.” President Obama is either complicit or the most disengaged and ignorant President we have ever known. Neither bodes well for our Republic. 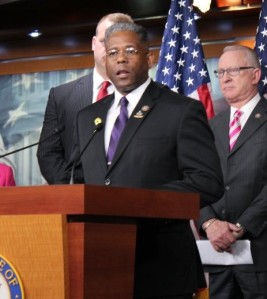 Florida congressman Allen West stopped by Fox & Friends‘ curvy couch on Monday, where he said that President Obama is complicit in trying the attacks in Benghazi to the anti-Islam film Innocence of Muslims. The Obama administration, he continued, simply does not want its foreign policy to be regarded as a “failure.”

West later added that there has “without a doubt” been a cover-up by the White House.

“When you look at the fact,” he said, “five or six days afterward, you had Susan Rice going on all of these talk shows, Sunday talk shows, with the same line: ‘It’s the video; it’s spontaneous.’ First of all, why is the American ambassador talking about embassies and consulates? Because that’s not her line of expertise. And for her to talk about coordinated attacks, you know, she is not a member of the Department of Defense. It should have been a State Department person, Hillary Clinton, or it should have been Leon Panetta.” Rice was ultimately chosen to talk about the attacks, he added, because she drew “the short straw.”

As for whether someone should be fired over the White House’s handling of the fatal attacks in Libya, West said that, on November 6th, the person responsible will indeed be kicked to be curb.