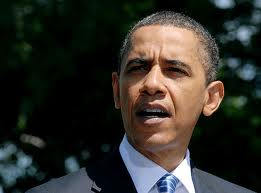 Obama-Soetoro made it pretty clear with his free birth control and abortion mandate, forced upon Catholic doctors, nurses, and hospitals, that he is anti-First Amendment free exercise of religion generally, and anti-Catholic in particular. Being an apostate Muslim who “converted” to Jeremiah Wright’s version of Black Liberation Theology, this is not surprising. Catholics make up the largest Christian denomination in the world and have been the traditional enemy of Islam since the Middle Ages.

But not content to just attack American Catholics, the Fraud-in-the-White House went after Catholic Poland, the country in Europe most aligned with American capitalism and conservatism. In the process of awarding the Presidential Medal of Freedom to a Communist WWII resistance fighter, he referred to a Nazi death camp as a “Polish death camp,” a term deeply offensive to Poles (http://blogs.telegraph.co.uk/news/nilegardiner/100161347/barack-obama-has-insulted-38-million-poles-with-his-crass-and-ignorant-polish-death-camp-remark/). The White House later claimed that B. Hussein “misspoke,” that it was a “misstatement.” More lies. It was read from a teleprompter, and therefore was an intentional part of a carefully prepared speech.

Obama-Soetoro has publicly dissed Poland before. He pulled the U.S. out of the missile defense agreement, apparently to placate his pals, the Russians and the Iranians, and later played golf instead of attending the funeral of the Polish President Lech Kaczynski, the Polish First Lady, and 94 senior officials who died in a plane crash. Is it any wonder, then, that the Polish Foreign Minister Radek Sikorski attributed the remarks to “ignorance and incompetence.” Anti-capitalist, anti-Catholic.

In another little reported story, Representative Allen West (R-FL) wrote a strongly worded letter to B. Hussein, protesting the unjustified turning over of a terrorist, Ali Musa Daqduq, responsible for the torture and murders of five American soldiers, who was then released by an Iraqi court (http://pjmedia.com/tatler/2012/05/17/rep-allen-west-letter-to-pres-obama-on-released-hezbo-killer-of-5-americans/). This while three American soldiers sit rotting in Ft. Leavenworth for the crime of giving a terrorist a bloody nose while capturing him. Anti-military, anti-American.

By the way, the contrast between retired Lt. Col. Allen West and dope-smoking, cocaine-snorting, booze-lapping Barak “Barry” Hussein Obama-Soetoro couldn’t be clearer. West is a genuine black American, with a distinguished career in the Army where he was awarded a Bronze Star, three Meritorious Service Medals, three Army Commendation Medals (one with Valor), and a Valorous Unit Award. He grew up in inner city Atlanta, in the same neighborhood as Martin Luther King. He went to public schools and state colleges, not expensive, elite private schools. He has two master’s degrees, is an articulate patriot, and is proudly and outspokenly pro-capitalist and pro-American.