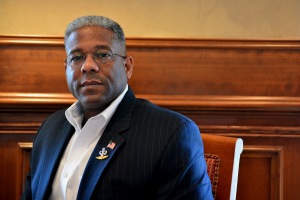 Yesterday, President Barack Obama showed once again his desperation regarding Obamacare. In a completely unnecessary speech, he attempted to shift the nation’s attention and re-stoke the fires of economic divisiveness which he defines as “inequality.”

Instead, all he managed to do was solidify his image as a Marxist/socialist whose only goal is wealth redistribution. It’s as if Obama sees himself as the school principal, angry with the kids who are excelling and making good grades.

He feels it’s his calling to punish those earning A grades, regardless of the long hours of studying, discipline, and hard work they’ve invested. Principal Obama wants to be popular with kids making D and F grades. Instead of promoting a new school policy of tutoring and mentoring, he just wants to redistribute the grades. In the end, he believes he’ll be able to create an entire school of average students all earning a C.

If Obama were a school principal, there'd only be C students. http://t.co/HPNf7iIjpH

When a policy is failing how do President Obama and his acolytes solve the issue? Fabricate positive press, of course. The Obama campaign machine is desperately kicking in overtime to combat the truth, or as they classify it, “bad press” on Obamacare.

First of all, Organizing for Action has received marching orders to “get into people’s faces” and talk about Obamacare over Thanksgiving dinner. That approach will give new meaning to the term food fight. (Oh, and by the way, during a conference call with supporters, Obama claimed 100 million people have signed up, which is only off by a factor of …um…a thousand or so)

Apparently event the AARP has been sending out “Evites” to have parents and grandparents guilt-trip the younger generations to sign up for Obamacare, as families gather for turkey day dinner.

Can’t you just see this image, “Bobby and Susie, Grandma made her special pumpkin pie for you. So now you just sign up at healthcare.gov and I’ll cut you a slice.” To which Susie responds, ” Sorry Gran, but I ain’t subsidizing you, the website is still down and I never liked your pie anyway.”

FINISH READING THE REST FROM ALLEN WEST BY CLICKING HERE:

Obamacare is the turkey, why r we getting stuffed? WH kicking in overtime to combat "bad press" i.e. truth http://t.co/Eel9LfUzKS

Going to see @HungerGamesUK tonight. Quite chilling to note the parallels to Obama's America http://t.co/5FscIiATpE

Many in America believed the election of the first African-American president would be the cleansing of past sins this country has sought for so long. They believed we would enter into a “post-racial” period in America where we would all truly realize that anyone can achieve whatever greatness they desired.

But as I look back on the events of the past week there is one word that comes to mind: racist.

This week demonstrated the elevation of Barack Hussein Obama to the highest office in the land (twice!) was still not enough. It seems the achievement itself, which could not have been attained without white Americans, still falls short of the true desire, which was blind allegiance and submission.

President Obama has shown he is not up to the standard of leadership for which Americans expect, but criticism of such is met with the retort of racism. Castigating people as racist just because they disagree with proven failed policies is simply despicable.

CLICK HERE TO COMPLETE THE REST OF THIS ARTICLE BY ALLEN WEST:

Every DC firearm owner 2 b fingerprinted for gun registry & it's all part of the filibuster move. Don't believe me? http://t.co/o97T7bcFxc

Why we're getting the government we deserve http://t.co/gDjmB0fVdH

Here's the reason Sharpton, Jackson, Obama and Holder are silent on the "knockout game" http://t.co/UoZAGcGvqR

Since ObamaCare went into effect for individuals on October 1, my health insurance……………

Chances are someone you know has either lost their health care coverage or seen their premiums sky rocket…or maybe it’s happened to you.

So far, 5 million Americans have received notices that they’re being dropped by their insurance company at the end of the year. Millions more will see the cost of their coverage rise exponentially in 2014.

All because of ObamaCare.

Barack Obama lied to the American people about ObamaCare. Plain and simple.

For three years, the president assured us that we would have the option to keep our health plans if we wanted to. But he lied. Friends, that’s not a leader. That’s a used car salesman attempting to sell you a lemon.

America can do better.

Stand with me to elect the next generation of principled conservative leaders by donating $25, $50, $100, or more to the Allen West Guardian Fund today.

Make no mistake about it: ObamaCare is a disaster and its namesake is to blame. But instead of talking about defunding and repealing it, we need to talk about solutions.

We need forward thinking leaders who will tackle ObamaCare head on and solve the current problems and anticipate additional unforeseen consequences, and the Guardian Fund is taking the lead. We have 14 principled conservative candidates ready to tackle America’s toughest problems.

With our help, these leaders will solve our health care problems, and lead America out of decline and back to greatness.

Thank you in advance for your support.

This week’s plummeting approval ratings are bad news for President Obama, but they signal bad news for America as well, because we’re stuck with him for three more years.

As more and more information comes out about the disaster that is Obamacare, as well as lapses in national security that have allowed Islamist bomb makers into the US as “refugees,” one really has to ask if all of this is symptomatic of incompetence or something more sinister? As the picture continues to reveal itself, I have trouble believing someone can be that consistently stupid.

At least the truth about Obama and his progressive agenda is emerging, but we must stay focused and unified to ensure we elect principled conservative leaders who will be able to turn this ship around. 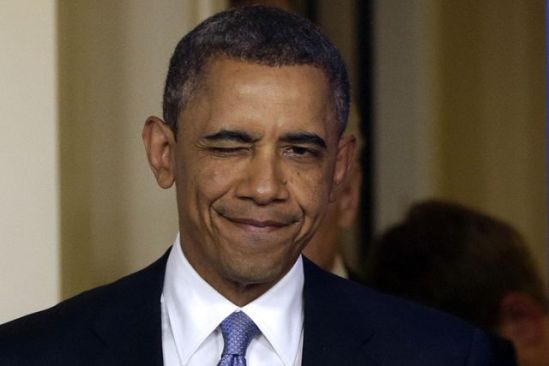 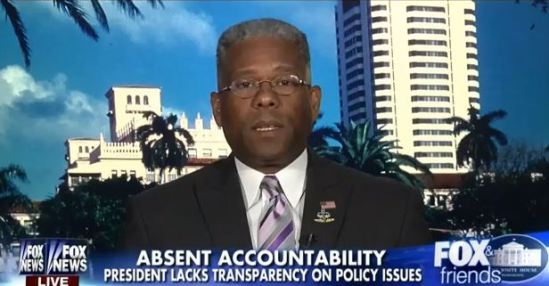 There are many (me included) who think his repeated lies about keeping your healthcare plan and unconstitutional edicts are grounds for impeachment. As long as Democrats control the Senate, that’s probably not going to happen – but perhaps there’s light at the end of the tunnel after 2014. In the meantime, one can always hope he’ll do the honorable thing and resign.

Recently former Federal Prosecutor Andrew McCarthy wrote that “Barack Obama is guilty of fraud — serial fraud — that is orders of magnitude more serious than frauds the Justice Department routinely prosecutes” which in the private sector is a punishable crime.

A new Fox News poll reveals 50 percent of voters believe the President knowingly lied regarding Obamacare, and 40 percent believe he just didn’t know — but both of these figures are troubling.

The American people have been constantly lied to over the past five years, but have rewarded this bad behavior and therefore it continues.

WATCH THE McCARTHY SEGMENT BELOW