Liberals have a very difficult time recognizing radical Islam. They have an even harder time uttering these words, or other words like, terrorism, jihadism and radical muslim. The left does not have difficulty blaming Christians for every perceived injustice, so why can’t they blame jihadists for the Boston Marathon attack, the London beheading or Benghazi? Find out why on this ZoNation. 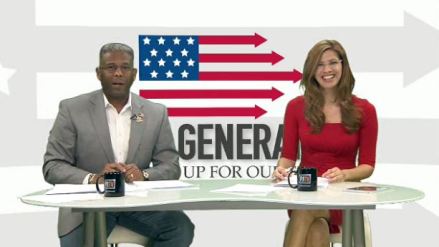 As I watch the news rolling in the last few days and I always watch the internet for all things LTC Allen West, I couldn’t help but notice how many websites have either got into great detail about Allen West’s new gig or gave a shout out. All things considered I think this is driving both sides of the aisle NUTS!! (No pun intended)

Needless to say, whether you want to pay for a premium subscription or have the bare minimum, to get all the Allen West, Michelle Fields and John Phillips you could ask for, all you have to do is go to Next Generation TV and decide what package is best for you. You can also just simply subscribe to the E-Newsletter that will be free and brought to you by our favorite former Congressman, Allen West.

I thought of some of the many things that this show will provide besides being able to see Allen West daily. The first being, his voice is resounding across the nation in more ways than one. Not only will he escalate the viewership at PJTV, he will also bring an even broader audience then they have seen before. It also merges him with the Great Bill Whittle and the always spot on Alfonzo Rachel. Who could ask for better than these three devoted patriots for America all in one location? I know I couldn’t! Besides, doesn’t the lamestream media have enough schmoozing to do these days?

Allen West, Michelle Fields and John Phillips are unbridled in their opinions and they are offering us brass tax, open honesty and their opinions are normally in lock step with most of the conservatives in this nation. Do yourself a favor, check out the sneak previews they are offering until February and make a decision to sign up and be front and center when they launch. I for one am looking forward to it and I sure hope you are too.  – Tanya

Here are some of the MANY articles I have found on the internet so far to date on Next Generation TV :

Allen West on the Next Generation – Western Journalism

Allen West Has A New Job in Conservative Media – TampaBay.com

The Democratic Party opposed President Lincoln and just about every other civil rights advance in the United States. So what gives the Democrats and Hollywood liberals the right to claim Abraham Lincoln as their president? Hear what AlfonZo Rachel thinks. 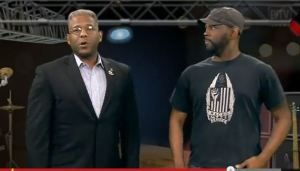 Join us in standing up for our future at: http://www.nextgeneration.tv

Allen West, Director of Next Generation Programming, discusses his plans to start a national conversation about preserving the American dream so his daughters, and all young americans, have the same opportunities in life he has. 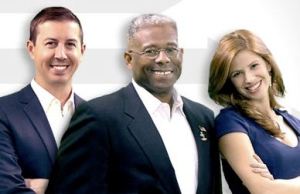 Congressman Allen West (R-FL) talks to PJTV’s Roger L. Simon about the racially charged comments about Mitt Romney that cost a Yahoo journalist his job. How low will the left go in this election? Find out. 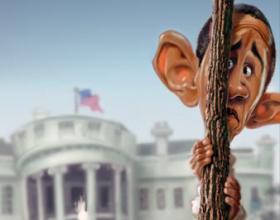 Well, well, well, elections actually do have consequences, don’t they? Millions of Americans are indeed suffering the real consequences of the Republican Party’s mealy-mouthed, yellow-streaked performance during campaign ’08.

Oh sure, both the Democrats and the willfully myopic media are most to blame for the Obama presidency, but it is high time that the Republican Party hotshots do a little introspecting of their own.

How is it that the American electorate knew so little about Barack Obama that they could stay stoned on hope-dope all the way to the voting booth? How is it that Jeremiah Wright’s racist, anti-Semitic tirades had not been heard by every man and woman in America before election day? What yellow-bellied nincompoops permitted the Democratic Party to turn the presidency of the United States of America into a garish, iconographic, messianic ego trip for a single individual with no qualifications but a teleprompter and a real-world resume fit for the back of a postage stamp?

Election ’08 was a clear case of Republican abdication. It was a propaganda war fought banana-republic style and John McCain was all but missing in action. Barack Obama didn’t have to win. All he had to do was show up for his coronation. Heck, the guy didn’t even have to put an American flag in his lapel or lift hand to heart during the national anthem. He just had to show his face, remind Republicans at every weak moment that he was black and the whole lot of hotshots sang his praises almost as much as his Democrat enablers.

Now, we’re clinging to the cliff’s edge with one chance to pull ourselves back from the brink of history’s dustbin. We can all see Greece from our bedroom windows and Republicans must get their act together and start winning the propaganda war. PDQ.

Here are five essentials that will turn the tide.

Q. You have been representing Florida’s 22nd Congressional District for nine months now. Is there anything about Congress or being a congressman that has totally shocked or surprised you?

A. What has shocked me most of all is how easily facts seem to disappear when you cross the Potomac River. It seems on Capitol Hill the goal is to distort the facts, and as a result, the truth is in short supply.

Q. You have claimed to be “the modern day Harriet Tubman” for your commitment to leading African Americans away from the “plantation” of the Democratic Party, as she led slaves from the plantation to the underground railroad. Are you making any progress?

A. The first step in making progress is building awareness — making sure the African American community knows there is a way out of poverty and despair. The same way Harriet Tubman showed a path forward, my goal is to do the same. Government dependency does not create wealth.

But it’s not a message limited by race. The route all Americans have taken to advancement and prosperity is by embracing our constitutional principles of individualism and self-determination.

Q. Is it even possible to make substantial progress in this area since most African Americans and the Democrats are glued together as political allies?

A. It is certainly a challenge. The liberal progressive policies of the modern Democrat Party, while well-intentioned, have done great damage to African American families and their economic progress over the last five decades since passage of the Civil Rights Act.

Unemployment in the African American community stands at 16.7%, food stamp enrollment is up, and nearly three-quarters of all black children do not live with their biological fathers.