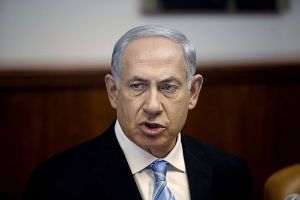 by Allen West for allenbwest.com

During Hanukkah, the American Jewish community remembers the victory of the Maccabean army led by Judah Maccabee against the invading Hellenic army, the restoration of the Holy Temple and the miracle of the oil in the 2nd century BC.

I don’t think President Obama cares much for Jewish history but he probably should, especially before calling PM Benjamin Netanyahu.

During a phone call between Obama and Netanyahu last week, the president reportedly asked Netanyahu “to take a breather from his clamorous criticism” of the interim agreement reached with Iran, David Ignatius reported for the Washington Post Wednesday.

Obama called Netanyahu last Sunday to discuss the interim deal reached with Iran – a deal the prime minister called a “historic mistake.” After Netanyahu reportedly “rebuked” Obama over the interim deal, he told Obama that the permanent accord “must bring about one outcome: the dismantling of Iran’s military nuclear capability,” the article said.

First of all I would recommend our man-child president not take on someone with a warrior’s heart in the vein of the Maccabees, who is a former Airborne Commando in the Israeli Defense Force.

If Obama doesn't have Israel's back, why do American Jews have Obama's? Doesn't make sense to me. http://t.co/rUPT5Gz4Fg

Kerry is a prominent representative of the United States but it seems he’s reluctant to stand up for the fundamental American values of equality, as it pertains to women around the world.

As reported by Elliott Adams on the Council on Foreign Relations blog:

On the move for Saudi women to be allowed to drive, Kerry was careful not to appear to take sides. Noting that while the United States embraces gender equality, “it is up to Saudi Arabia to make its own decisions about its own social structure and choices and the timing of whatever events.”

DON’T STOP READING, CLICK HERE FOR MORE ON THIS ARTICLE:

“Hope and change” is now “bait and switch”

Remember last year when President Obama leaned over to then Russian President Dmitry Medvedev and confided in him that he would have more “flexibility” in his second term? I found it absolutely amazing that there were those at the time who considered Obama skilled at foreign policy. Seriously? Many have forgotten Obama’s brilliant vision of “pivoting away from the Middle East.” Now we see that Obama has successfully destabilized another country for the Muslim Brotherhood: Libya. Meanwhile, Egypt is embroiled in a bloody civil, sectarian conflict thanks to Obama emboldening radical Islamists with his Cairo speech, and endorsing a Muslim Brotherhood government under Mohammed Morsi. 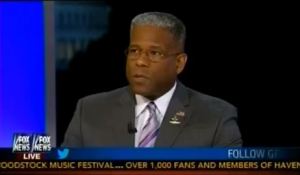 This weekend there was good and bad news for our warriors fighting against radical Islamism. Unfortunately four of our brave warriors gave the last full measure of devotion in Afghanistan. Our heartfelt condolences go out to those families who will have an empty chair at the dinner table. Our Special Operators conducted two tactical raid missions in Somalia and Libya. The operation in Libya resulted in capture of a Muslim terrorist with ties to the US Embassy attacks, al-Liby. However, he is being treated as a criminal and supposedly will be transferred to US to get lawyered up for a day in court. He should be heading to GITMO. Regardless of these successful raids, here’s another thing you can add to the list POTUS has shut down: a strategic policy in the Middle East to combat Islamic terrorism.

Thanks to Obama’s ineptitude, the balance of power is shifting in the Middle East, and it’s not in our favor. In a couple hours, we’ll watch the President take credit for avoiding military action no one supported – thanks to his “deft diplomatic touch.”

The fact is, Syria is not our problem, it is the problem of Vladimir Putin and Russia, and whether or not they want Syria to fall into the hands of Islamists. Strategically, if Obama wanted to have had an influence, he would have maintained a residual force in Iraq. But campaign promises override strategic vision.

The real fight in the Middle East for America is against the Muslim Brotherhood and their spawn — and Iran. They must be defeated.

Just watched President Obama’s press conference, post G-20 summit, and am even more concerned. When you study history and understand the series of uncontrollable events that began WW I, we find ourselves not too far from that position now. It’s not just about taking military action against Assad (which in the press conference Obama seemed reticent about), it is about the unintended consequences. President Putin has vowed to continue arms shipments and support, and Iran is issuing orders to its Islamic terrorist dogs for release. The window of opportunity for a quick’ decisive response against Assad has closed. We cannot afford to destabilize another Middle Eastern country in favor of Islamists and establish terrorist sanctuaries. My recommendation? Instead of President Obama delivering a weak’ politically-scripted speech on Tuesday, read “The Guns of August” and learn something about leadership and strategic policy making.

Don’t Let Obama Make You a Scapegoat for Syria: Congress 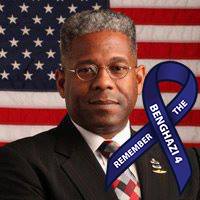 LISTEN TO THE DISCUSSION WITH ALLEN WEST AND LAURA INGRAHAM BY CLICKING HERE: TOWNHALL.COM

On Laura Ingraham’s radio show on Monday, West said this was a symptom of Obama not wanting to deal with those consequences and looking for someone to share the blame, should action in Syria go wrong. He pointed to Obama’s actions against Libya which he didn’t seek congressional approval to back up that claim.

“I think what you just saw play out was a president who has a history of voting ‘present,’ and all of a sudden he got out ahead of himself, and he realized that, ‘If I take an action on my own, I’m going to own this,’” West said. “And no one is thinking like the military mindset, what are the branches and sequels of an action? What is the counter-reaction? What is the follow-on, second- and third-order effects we’re going to have to contend with? And I believe that is something President Obama does not want to deal with.”

“So therefore he says, ‘Well, you know, I want to do this, but let me go to Congress, and let’s get them to approve it, because if something bad happens down the road then we can always come back and say, ‘I probably would not have done if Congress had not approved it and given me the authority,’” West continued. “But let’s not have such a short-term memory. He went into Libya without congressional approval. He went beyond the 90 days of the war powers resolution, the War Powers Act. And we lost an ambassador. We lost Sean Smith, Ty Woods, Glen Doherty. That was sovereign American territory, that consulate there. We did nothing. We have done nothing. Where is our response to Benghazi? Who has been held accountable for that other than the poor little schmuck that’s still sitting in jail because of a video?”

Watched Senators McCain and Graham’s press conference after their meeting with President Obama on the subject of Syria. It seems the tagline to be used is ‘degrade Assad and upgrade the resistance.’ I hate to be the one to ruin the party, but this administration did exactly that in Libya and never considered the unintended consequences. Now in Libya we have a proliferation of Islamist forces who are training terrorist insurgents to head to Syria, supported by the Muslim Brotherhood and Al Qaeda, as well as a consulate attack resulting in the death of four Americans, one being an Ambassador. In Egypt we ‘deposed’ Mubarak and enabled the Muslim Brotherhood and the unintended consequences are a civil war in Egypt and increased persecution of the Coptic Christians. So here we go again with the Obama administration, and useful tools from Congress, embarking America on a nebulous endeavor in the Middle East without consideration of the untended consequences. The opposition in Syria are Islamists supported by Saudi Arabia, Qatar, Turkey, and Al Qaeda, and the Muslim Brotherhood. The Obama administration has not supported the Free Syrian Army under COL Riad. NO, to any US military action in Syria. The Obama administration has a confused Middle East policy and has shown ineptness in understanding the second and third order effects.

Ok, I get it now, President Obama stated we would pivot away from the Middle East as part of his foreign policy strategy, or lack thereof. A few months ago, he gave a speech at the National Defense University to state that the “war on terror” has ended. Obama’s grand strategy in the Middle East Seems to be how many countries he can destabilize: Libya, Egypt, and now Syria? In each case he has removed not so good guys, but has enabled Islamic terrorists and totalitarians to gain power. Therefore, not only has Obama sought to “fundamentally transform” America but also the Middle East. He is becoming the best buddy of the Muslim Brotherhood and jihadists and a nightmare for our true buddy, Israel.