On today’s Next Generation TV, the team looks into why the White House gave Politico the silent treatment and Gov. Rick Scott’s backpedaling on his Medicaid stance and how that relates to one of the unintended consequences of Obama’s Affordable Care Act. Oh yeah, and Allen West reacts to Joe Scarborough’s obnoxious claim about what the GOP needs to do with regard to Col. West. You don’t want to miss this.

CLICK HERE TO WATCH THE DISCUSSION ON NEXT GENERATION TV

America Has Crossed The ‘Red Line’
It’s a millstone of debt, not a milestone to celebrate

Greetings to all Americans, and here we are for another installment of the Next Generation weekly update.

We launched our “Next Generation Today” programming this week. Our pilot episode will give you a taste of the great content to come as we develop the show. Please watch it and share your feedback. Let us know what you like and what else you want to see in the future. Michelle, John and I appreciate your comments. Please keep them coming.

We also updated the Next Generation Data Card, which we encourage you to download here. We will update this card monthly to give you a quick snapshot of several key economic indicators.

Economic perspective from the CBO

Speaking of our economy, the nonpartisan Congressional Budget Office released yet another alarming report this week. CBO’s forecast for America is bleak, as the office analyzed our growing debt and its relationship to our gross domestic product. America now finds herself with a greater debt than GDP. In other words, we owe more than we produce.Economists will tell you the figurative “red line” that marks excessive debt is around 90 percent of debt to GDP. We have eclipsed that threshold.

Even more alarming is that if we add our unfunded liabilities – the mandatory spending for programs such as Medicare, Medicaid and Social Security – we have far exceeded the threshold. And that was the crux of the CBO report – that we must reform mandatory spending programs and get them under control.

The CBO also found that 7 million to 8 million Americans could lose their employer-based healthcare benefits thanks to the president’s plan. Remember, the law was touted in 2010 as only costing American taxpayers $940 billion. CBO later revised that cost to $1.1 trillion and just this week revised the cost to $1.3 trillion over the next 10 years.

I suppose it was as then-House Speaker Nancy Pelosi stated: “We have to pass the bill so that you can find out what is in it.”

TO CONTINUE THE REST OF THE WEEKLY NEWSLETTER CLICK HERE: NEXT GENERATION TV 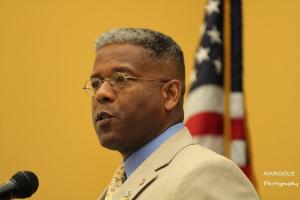 U.S. Manufacturing Shrinks for First Time in 2 Years: U.S. manufacturing shrank in June for the first time in nearly two years, another troubling sign for the economy, which is still faltering under the failed policies of President Obama.  The Institute for Supply Management, a trade group of purchasing managers, reported that its index of manufacturing activity fell to 49.7. That’s down from 53.5 in May and the lowest reading since July 2009. While the President often touts the recent growth of manufacturing jobs, the economy has actually shed 599,000 manufacturing jobs since the month President Obama took office and this news shows the sector could be in more trouble.

Federal Deficit Totals $844.5 Billion Through 8 Months of FY 2012: According to the Department of Treasury, the U.S. has racked up $844.5 billion in deficits through the first eight months (October 2011 – May 2012) of fiscal year 2012, keeping the nation well on track to hit a $1 trillion deficit for the fourth consecutive year. Prior to President Obama taking office, the highest U.S. deficit ever was $458 billion.

President’s Healthcare Law = Reduced Access for Medicare Beneficiaries, Higher Costs for Everyone Else: A May 2012 memo from the Centers for Medicare & Medicaid Service (CMS) Office of the Actuary discussed the projected payment rates for physician services, currently scheduled to be reduced by 31 percent in 2013 under President Obama’s federal takeover of healthcare law.  Updating their original projections from 2010, the memo stated that the fiscal effects of the law would result in negative margins (i.e. unprofitability, or losing money) for a significant percentage of hospitals, skilled nursing facilities, and home health agencies. In other words, providers will stop serving Medicare patients, or increase costs for everyone else. 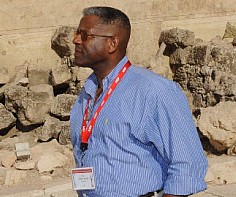 by Congressman Allen West
I am proud to be called a Reform Republican who will not stand for the status quo that is failing our America. I will be supporting the House GOP Budget Plan as authored by my colleague Budget Chairman Paul Ryan. And anyone challenging me on my support to this visionary plan to restore our economic security will be signing up for a suicide mission. My recommendation to any detractors, read Proverbs 17:28 and heed its advice. It is time for those who understand how to govern, not demagogue. Good read:

The introduction of Paul Ryan’s House fiscal 2013 budget yesterday is an important political moment even if it has no chance of becoming law this year. It shows that the reform wing of the Republican Party is alive and well, one year after Democrats and the press corps had called Mr. Ryan’s fiscal 2012 budget political suicide.

Perhaps you remember the TV spot in which Democrats had an actor resembling Mr. Ryan dump grandma in a wheel chair off a cliff. Democrats chortled that the Budget Chairman’s Medicare reform would help them retake the House in 2012, and President Obama chipped in by trashing Mr. Ryan as he sat in the front row as a White House-invited guest to a speech at George Washington University.

But a funny thing happened on the way to oblivion. Mr. Ryan survived. GOP candidates in special elections beat back the Mediscare onslaught. Slowly, the causes of entitlement and tax reform have advanced, picking up converts and forcing GOP Presidential candidates to embrace them at least in part.

Far from retreating on Medicare, Mr. Ryan once more leads the charge by re-proposing his “premium support” reform. The plan would offer seniors a fixed payment to buy insurance from a government-approved list of vendors. So, for example, a retiree stepping down from a private business with insurance from Aetna would be able to slide smoothly to an Aetna Medicare policy.

Mr. Ryan’s concession this year is that his formula for increasing the support payment over time would be more generous. And as part of his compromise with Oregon Democrat Ron Wyden, Mr. Ryan would allow seniors to stay on fee-for-service Medicare if they prefer. The policy bet is that seniors will migrate en masse to private plans over time given the right incentives. The compromise is an easier sell politically, though it means reform (and thus any savings) would be more gradual.

The White House in its re-election bunker claims that all of this will “destroy Medicare as we know it,” but in fact it is the only reform that will prevent Medicare from destroying itself. Mr. Obama’s demagoguery on this subject is his Presidency at its most cynical.

The Ryan budget also stakes out clear policy differences with the President on taxes and spending. Mr. Ryan’s proposal would reduce spending over a decade by some $5 trillion. Mr. Obama’s would increase spending by $1.5 trillion above the current budget baseline. Spending as a share of GDP never falls below 23% under Mr. Obama but slows to 20% of GDP under Mr. Ryan.

Mr. Obama’s budget contains $1.9 trillion in tax increases over the next decade and raises income, dividend and capital gains tax rates. The Ryan budget outlines an ambitious tax reform, collapsing today’s six rates to two—25% and 10%—while retaining the 15% tax rates on capital gains and dividends and eliminating inefficient tax deductions and credits. He gets the corporate tax down to 25%, roughly the international average, and below the 28% rate Mr. Obama suggests. The Ryan plan isn’t a pure flat tax, but it takes the IRS code a giant stride in that direction and creates a tax system far more conducive to faster job creation and greater investment.

The House Republican budget includes a host of other major reforms, notably block-granting Medicaid, food stamps and dozens of other welfare programs to states. Republican Governors have told the White House and Congress that this is a deal they would readily take: less money but more discretion and fewer federal rules.

This is crucial to balancing the budget. Medicaid is expected to cost $804 billion by 2019, more than double the $379 billion in 2009. Because of Medicaid’s rationing through price controls, it also provides a low level of care. Mr. Ryan notes that “by some measures, such as in-hospital death rates following major surgeries, Medicaid patients fared even worse than the uninsured.” ObamaCare would put some 15 million more Americans on Medicaid.

One complaint about Mr. Ryan’s budget, especially from conservatives, is that it won’t balance the budget within 10 years. But the most important goal is to get the deficit down to a manageable level of GDP. The Ryan budget gets the deficit down to 3% of GDP by 2015, a gigantic improvement over the roughly 9% average in Mr. Obama’s four years. With pro-growth tax and budget reforms, the economy will grow much faster and the budget could well be balanced sooner than even Mr. Ryan predicts.

Details aside, the Ryan budget shows a House majority that realizes it has an obligation to reform the listing, unaffordable entitlement state. The GOP’s reform impulse withered under George W. Bush and Tom DeLay, but it has seen a revival with Governors like Mitch Daniels (Indiana), Scott Walker (Wisconsin), John Kasich (Ohio), Sam Brownback (Kansas) and Bobby Jindal (Louisiana)

Many Republicans are still afraid and would prefer to dodge these great debates. But if voters want the status quo, they can vote for Pelosi Democrats. The country wants leaders who are willing to risk their popularity to address America’s serious problems. The Ryan budget is a worthy marker. 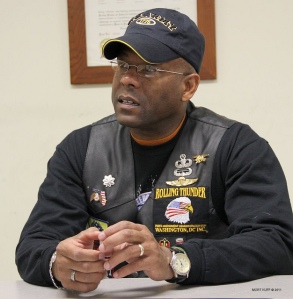 By ANDREW TAYLOR and DAVID ESPO for Business Week

As the nation’s debt soared past $15 trillion, congressional Republicans and Democrats struggled Wednesday to salvage a yearlong assault on federal deficits, their efforts hampered by politically charged disagreements over taxes and the future of enormously expensive government benefit programs.

The talks at a standstill, Democratic officials familiar with the work of Congress’ debt-reduction supercommittee disclosed they had floated a secret counteroffer late last week to generally accept a Republican framework for a $1.5 trillion compromise, while differing on numerous key details.

They also recommended using $700 billion in unspent funds from the wars in Iraq and Afghanistan for a jobs program along the lines President Barack Obama wants, plus steps to protect the upper middle class from the alternative tax and extending financing for doctors who treat Medicare patients.

The supercommittee has until Nov. 23 to approve legislation that cuts future deficits by at least $1.2 trillion over a decade. Failing that, automatic spending cuts totaling that amount would take effect beginning in 2013. That’s a result that lawmakers on both sides of the political divide — particularly defense hawks — say they oppose.