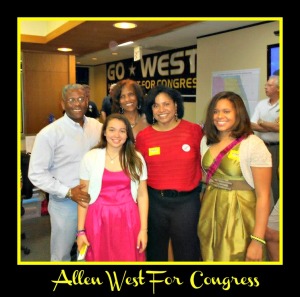 I hope you are getting off to a fantastic week.  Instead of my Wrap-Up of the previous week, I wanted to share the Weekly Republican Address with you, that I was so honored to be able to give over the weekend.  This is the first time I have had a chance to give the Weekly Address and I am privileged and humbled to do so.  Please, when you get a moment, watch it and as always, know I am here in Washington, D.C. defending you and our great nation.

•    National Security and Job Protection Act—Also on Thursday, the House voted to repeal the looming sequester upon enactment of legislation to replace the automatic cuts with responsible reductions, by a vote of 223-196. H.R. 6365 would repeal the across-the-board defense and non-defense discretionary spending cuts scheduled to occur on January 2, 2013, upon the enactment of H.R. 5652, the Sequester Replacement Reconciliation Act of 2012, or any legislation that offsets the automatic sequester with equal or greater spending reductions over the next five years. The bill in and of itself would not repeal the sequester. However, it would ensure that if any legislation to replace the sequester with alternative spending reductions were enacted, the sequester would be shut off. In the event that the sequestration is replaced, the bill would lower the discretionary spending cap for FY 2013 from $1.047 trillion to $1.028 trillion

•    No More Solyndras Act—On Friday, the House approved H.R. 6213 by a vote of 245-161.  The No More Solyndras Act is a product of the Energy and Commerce Committee’s extensive investigation into the Department of Energy’s (DOE) $535 million loan guarantee to Solyndra, the California solar panel manufacturer that ultimately went bankrupt last September.  The committee’s investigation revealed DOE’s loan guarantee program to be poorly managed and lacking sufficient safeguards for American taxpayers.  Solyndra filed for bankruptcy on September 6, 2011, and two days later was raided by the FBI on September 8, 2011.

•    Minnesota Education Investment and Employment Act—Last week the House approved H.R. 5544 by a vote of 225-189. The bill would require the Secretary of Agriculture to exchange federal land for land owned by the State of Minnesota. Specifically, the bill would require the Secretary to exchange approximately 86,000 acres (according to CBO estimates) of National Forest System land located in the Superior National Forest for approximately 86,000 acres of land owned by the state within the Boundary Waters Canoe Area Wilderness. Under the legislation, land obtained by the federal government would be added to and administered as part of the Boundary Waters Canoe Area Wilderness. Land acquired by the state would be deemed state trust lands and would be held in trust for development to benefit the Minnesota public school system.

•    Stopping President Obama’s War on Coal— The House plans to debate the Stop the War on Coal Act, H.R. 3409, to rein in the Obama Environmental Protection Agency’s (EPA) costly job-killing regulations, protect jobs, keep energy affordable, as well as prevent the premature closure of coal plants to ensure the lights stay on.  The bill would seek to limit surface mining regulations and would require regulatory analysis and a cumulative cost analysis of Environmental Protection Agency (EPA) rules.  The bill would also allow states to regulate coal ash and would move the authority for setting Clean Water Act water quality standards from the EPA to the states.