As we give toys to children in need this Holiday!

**Please note: If you cannot attend in person you may mail/ship an unwrapped new toy to the address above.

Are you interested in sponsoring an event in your city to benefit the Allen West Foundation?

Host a Breakfast, Lunch or Dinner event in your home or a larger social event at a local venue! 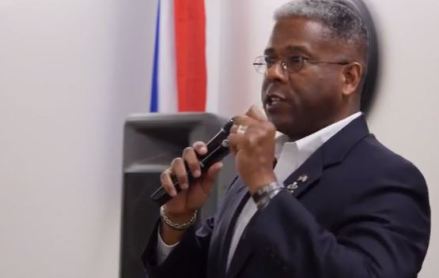 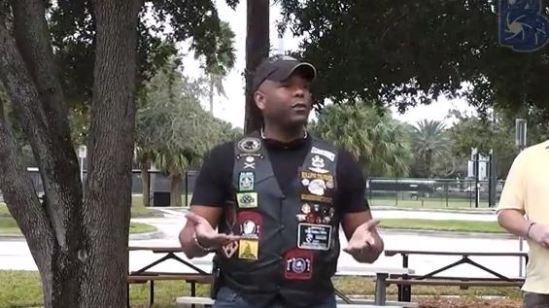 YOU CAN HELP THE ALLEN WEST FOUNDATION, CLICK HERE TO LEARN MORE:

STAY IN “THE KNOW” FOR ALL THINGS ALLEN WEST:

You are invited to attend: A Holiday Evening With Allen West.

If you are planning to be in the Boca Raton, Florida area the week of December 13th, please make plans to join us.  Space is limited.  Please R.S.V.P.: Event reservations will be first come, first served.
Sincerely,
Dr. Joseph A. Finley, Jr., PhD., CPP
Exectutive Director
The Allen West Foundation 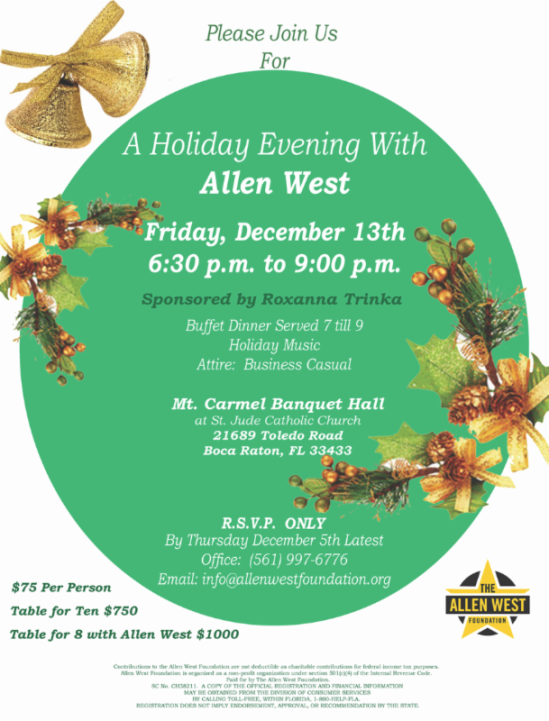 Please click HERE to read the Event Flyer.
R.S.V.P. ONLY.  Once the seats are filled we will close reservations.
To make reservations contact us:
Phone:  (561) 997-6776
Email:  info@allenwestfoundation.org .

Please ‘Like’ our Facebook Page and join in the conversation with like minded people.  We want you to find out about the legacy of Allen West, and to spread the word about who we are and the good works that we do.

Lt. Col. Allen West founded the Allen West Foundation with the primary objective of inspiring and educating the next generation of conservative and minority leaders.

With this in mind the Allen West Foundation’s initiatives include:

Please join us and watch as we grow and influence the next generation of conservative leaders in our great country! 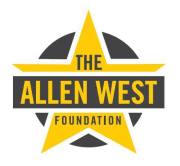 Interested in hosting or sponsoring an event for the Allen West Foundation?

On Google+ The Allen West Foundation

The Allen West Foundation is honored to announce that it is donating $2000 to the Fisher House Foundation. This donation will go directly to help the Families of Fallen Soldiers that the administration has indicated it will not pay the Death Gratuity benefit too. The Death Gratuity payments to these families of our fallen warriors was deemed as a non-essential need during this “shutdown”.

In a statement via Facebook, former Congressman and retired Lt. Col. Allen West stated: “I don’t have the words to express my outrage. Just learned that part of the Obama administration’s shutdown strategy of inflicting pain on the American people has sunk to an incredible low. It seems our Commander-in-Chief has deemed death gratuity payments to the families of our Fallen Warriors as non-essential. The President deemed FLOTUS “Let’s move.gov” website essential but the families of the four Americans killed this weekend in Afghanistan are not essential. I am disgusted. As thankful and benevolent Americans, let’s raise money for these families. All In.”

About The Allen West Foundation:

The Allen West Foundation was established in January 2013 to inspire, educate and engage the next generation of conservative veteran and minority leaders. In addition to directly supporting organizations such as Young Marines, Junior ROTC and NROTC, the Foundation conducts various forums, educational events and leadership training seminars across the country. For more information, visit http://www.allenwestfoundation.org

Per livingwithoutreligion, we don't really need it. May b true, but we wouldnt have r Constitution & they wouldn't have their rights w/o it.

The Allen West Foundation is a non-profit corporation that was established in December, 2012 to educate, engage and inspire the next generation of conservative leaders…Specifically, the Foundation encourages and supports minorities, women, and military veterans that desire to serve their country.

To Find out more you can also visit the website: Allen West Foundation

There’s no doubt about it – we have an extreme shortage of veterans who are conservative in our government.

It’s no coincidence that the suffocating liberal policies of years past have come from those who haven’t served in Iraq or Afghanistan . . .Barack Obama doesn’t know what it’s like to put his life on the line for freedom. Nancy Pelosi has never surrendered an ounce of comfort for her country. Bill Clinton only knows how to make decisions from a desk chair.And with our World War II veterans no longer having an influence in Congress, we’re quickly losing the Greatest Generation and the values of hard work and sacrifice they taught us.We face a great catastrophe if we don’t do something now to bring in more conservative veterans to lead this country! That’s where the Allen West Foundation comes in. We will inspire and equip our current veterans to fill the void . . . to transition from leaders in the battlefield to leaders in public office.Did you know that the current Congress has the fewest veterans since World War II?
www.AllenWestFoundation.org/RecruitVets We need our veterans now more than ever!

We can’t risk having any more politically correct individuals in office who don’t know the first thing about the military. We suffered the consequences of their incompetence in Benghazi last year . . . and now we’re facing a potential disaster in Syria!

Liberal groups recently revealed they’re targeting veterans too. They said, “[Recruiting liberal veterans] is a concerted effort, and it’s part of a surge of veterans running as Liberals in the last few years” (Politico, 9/17/13).

The Allen West Foundation is the ONLY organization that harnesses the talents of veterans and motivates them to become leaders in the conservative movement. We do this year round.

The future of our country depends on our success – and your support.

Wake up, Patriots! We must be courageous. We must do our duty. We can’t risk losing our freedoms because we’ve forgotten about the ones who faithfully served our country.

Will you join us?