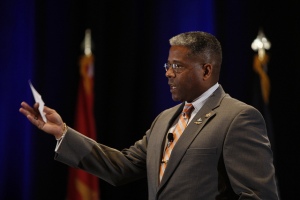 US Congressman Allen West offered a heartfelt response to recent news that the International  Olympics Committee refused to schedule a moment of silence for the eleven Israeli athletes and coaches, as well as one West German police officer who were killed at the Munich Olympics 40 years ago.

West recalled watching the Munich Olympics at age eleven, feeling baffled by the horror that interrupted the usual competitive spirit of the prestigious games.

He said that he worries if we start to shirk the responsibilities we have to honor the dead on occasions such as this, what will happen 40 years from now, when someone refuses to honor the victims of 9-11. West in his own words, in response to a question asked during his July Townhall event in Pompano Beach.

CLICK HERE TO WATCH THE CONGRESSMAN’S RESPONSE IN A VIDEO TAPED SEGMENT AT HIS TOWNHALL YESTERDAY BIZPACReview.Com 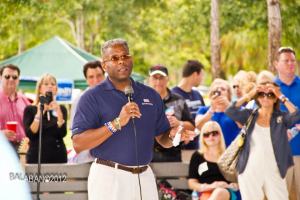 *both town halls will be held on same day 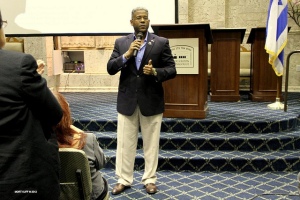 *Join Rep. West as he discusses the latest in Congress and how the issues and decisions affect you.  You will also have the opportunity to ask your own questions. No RSVP required. 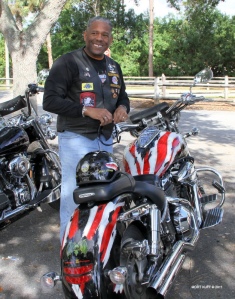 Greetings to our constituents, fellow Floridians, and all Americans. As I wrap up the previous week I am first and foremost thinking about my brothers in arms-  praying that my Marine brothers and sisters had a great 236th Marine Corps birthday, and my fellow veterans had a superb Veterans Day.

Veterans Day was a memorable day that will not come again for another 100 years, as we witnessed the 11th hour of the 11th day of the 11th month in the 11th year.  May God continue to bless those who were willing to make that last full measure of devotion to our beloved Constitutional Republic, the United States of America.

This past week was a very engaging week in our Congressional district. Americans are paying attention and concerned with everything from domestic economic to foreign policy and national security.

Most concerning right now is the news that the International Atomic Energy Agency (IAEA) submitted a formal report confirming Iran is marching closer to having a militarized nuclear device. There is no doubt this is a 21st century Chamberlain-Churchill moment for the United States and the world. We must come to grips with understanding the theocracy behind the motive in Iran.
History has certainly proven that compromise, appeasement, and negotiations are ineffective means to persuade dictators, despots, autocrats, and theocrats. America must present a credible military threat, option, and presence to Ahmadinejad and Ayatollah Khamenei. This is why “zeroing out” an American military capability in Iraq makes no strategic military sense. Still, for President Obama it does make political expedient sense, and that in my opinion is the obvious reason for his decision.

During my trip to Israel this past summer, Israeli Prime Minister Benjamin Netanyahu expressed to the Congressional Delegation the importance of retaining an American military presence in Iraq, to stymie any regional, hegemonic expansion of Iran. There is no doubt that Israel has the capability to take unilateral action against Iranian aggression and the country’s nuclear program.  Israel has shown the ability to do so, as in Iraq and Syria. However, it is a different time. When one considers the “off microphone” comments exchanged between French President Nicolas Sarkozy and President Obama, reported here, there is grave concern. The comment by Sarkozy referring to the Prime Minister as a liar was very disturbing, but the fact that Iran and other enemies of Israel know of these comments is unconscionable.

Presidents Sarkozy and Obama owe Prime Minister Netanyahu and the Israeli people an apology. Not only were their comments disrespectful, but they also endanger the security of the modern day State of Israel. They must wholeheartedly reaffirm their commitment to the Jewish State of Israel, lest they be seen as emboldening and enabling the enemy.  As long as their statements remain, Prime Minister Netanyahu has to be concerned whether a unilateral action against Iran will have French and American support.

Meanwhile, America’s economic situation continues to be a grave concern. We once again saw the Campaigner-in-Chief take front stage with the self-serving decision to table the $7 billion Keystone XL pipeline project. This pipeline project had undergone extensive environmental scrutiny and is determined to have minimal impact, as certified by the Unites States Department of State. A focused march towards our energy independence is a national security, economic, and employment issue. Americans win in all aspects with the construction of the pipeline. The estimation for putting people to work for this project is between 20,000 and 30,000 jobs.

It is obvious President Obama is making decisions that are not necessarily best for the country, but best for his reelection. He has clearly shown that the environmental lobbyists, along with Hollywood elites, are more important to him than struggling Americans. We have seen average gas prices go from $1.83 to $3.43 during his term, yet all we get from the President and his administration is crony capitalism and misconceived venture capitalist endeavors supporting their own ideologically-driven energy agenda.

The problems stem beyond the President.  This past week we saw Democrat members of the Joint Committee on Deficit Reduction walk out of discussions after Republican members, led by Pennsylvania Freshman Senator Pat Toomey,  proved the budget is able to produce revenues by lowering marginal tax rates and eliminating loopholes. Senator Toomey had evidence to show leaders can hold capital gains, dividends, and estate tax rates where they are. By reducing the highest personal income tax rates by 7% from 35 % to 28%, doing the same across all tax brackets, and taking corporate tax rates from one of the highest in the world of 35% to 25%, there is hope to reform the tax code.

As you may know, the federal government saw a 6.5% increase in revenues last year, yet we still ran another record $1.3 trillion deficit. As I’ve said before, Washington DC does not have a revenue problem, it truly is a spending problem.

If there are some out there who still don’t believe America is truly in a crisis and this Administration and its policies are taking us in the wrong direction, I ask you to look at Greece and Italy and compare the debt to GDP ratio– an indicating factor of true crisis and chaos- America is not far behind. Greece has an unsustainable debt to GDP ratio of 128% – the Greek people have now forced Prime Minister George Papandreou out of office. Italy has a debt to GDP ratio of 120% and Prime Minister Silvio Berlusconi has been forced out. America has a debt to GDP ratio of 101% and we will not be able to sustain this much longer.  When will President Obama see that his policies are only taking us down the same road as these countries???

In closing, I want to share with you some clear examples of why Americans, when left to their own ideas and “choice” to help those less fortunate, will trump Federal Government programs any day.

Within the past week I attended events with those “Evil One Percenters” you know, those folks who hold all the wealth in America — yes, those same rascals who pay 38% of all federal taxes. The Faith, Hope, Love, and Charity event in Palm Beach Gardens raised money for the “Stand Down House” – a program for homeless veterans and their families. The charity has already furnished an apartment for a former homeless and jobless female veteran, allowing her to stand on her own, and this is just the beginning.

The Wounded Warriors Second Chance organization out of Jupiter, Florida, provides Wounded Warriors and their families a vacation getaway in sunny Florida. Watch a news clip on the weekend fundraiser here.  The money raised allows the wounded to enjoy our beautiful South Florida sunshine and beaches, and find a moment of peace and solace.

Unlike President Obama and the liberal progressives with their goals of creating and expanding government dependency, the “One Percenters” don’t create more victims, they create victors! These victors expand the American entrepreneurial and philanthropic spirit!

CLICK HERE TO VIEW THE ARTICLE OF THE WEEK: WPTV.COM

allenwestforcongress.com to DONATE AND VOLUNTEER

west.house.gov for ALL Constituent Services, E-Newsletters, Issues and more 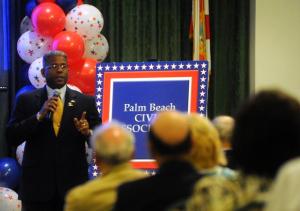 U.S. Rep. Allen West discussed the federal budget, mounting deficits, taxes, jobs and security threats to the country Tuesday during a town hall meeting at The Episcopal Church of Bethesda-by-the-Sea.

West said the number one priority of Congress must be passing a federal budget. The deficits are mounting and the country cannot keep functioning with 41 cents of every dollar being borrowed, a debt of $14.7 trillion and a continued increase in spending, he said.

“The spending increase this year has resulted in a third record year of deficits in the United States of America,” he said.

Coniglio described West as an “active advocate” for the town as well as a friend, particularly on the issue the town’s beaches.

“As a champion of bureaucratic deregulation, he has brought a common-sense approach to loosen the handcuffs of the federal regulatory process,” Coniglio said.

Following a walking tour of the town beaches last spring, West led “a collective letter to the U.S. Corp of Army engineers demanding their cooperation to reduce the cost and permit timeline for coastal matters,” Coniglio said.

“If we’re going to get the federal government lined up, we need to have a balanced budget amendment,” West said. “That means that what we have coming in is what goes out. … It gets us operating within some parameters. Right now, we’re not operating within any parameters in Washington, D.C.” 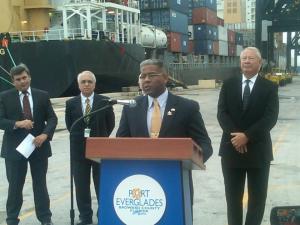 Anthony Falzarano had a bit of an exchange Tuesday morning with some protesters standing outside The Episcopal Church of Bethesda-by-the-Sea, where U.S. Rep. Allen West was scheduled to speak.

The nearly 20 protesters outside held signs and distributed fliers to passersby. But Falzarano didn’t like a comment he heard from someone in the group who said West is against jobs.

After getting past the crowd, Falzarano, of West Palm Beach, shouted back that it was President Barack Obama who’s responsible for the lack of jobs in this country.

“It’s Obama, Obama!” he yelled back at them.

Palm Beach Police Officer Michele Pagan asked Falzarano to be respectful of the protesters and not to bait them into an argument.

Once inside, Falzarano said, “Congressman Allen West is holding President Obama accountable for not getting jobs. Why is the president moving for jobs now, a year before his re-election campaign. Why didn’t he work on jobs three years ago when the Democrats controlled the Senate and controlled the House of Representatives, when he could have easily passed a jobs bill. He’s moving for a jobs bill because he knows he’s in great jeopardy of not being re-elected. Republicans are often accused of being racist, that we don’t want a black president in the White House. We don’t mind any president’s color as long as he stands for American, Judeo-Christian values.”