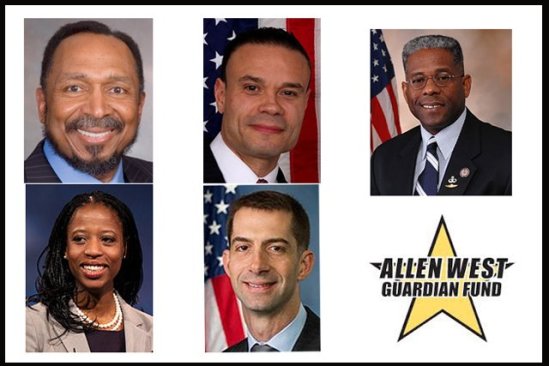 The fund plans to endorse a total of 14 persons, leaving ten more endorsements to be announced.

“Here at home, those who can benefit most from conservative policies – namely minorities – are under-represented in leadership,” Col. West says from his Florida office. “As the demographics of this nation change, we must ensure conservative minority voices are not sidelined or silenced.”

As a nation we are experiencing a significant divide as we watch the economic, political and foreign policies of the Obama administration reaching conclusions.

“Elections have consequences – and we’re certainly seeing the effects of some serial bad decisions in this country,” Col. West says. “The 2014 elections represent an opportunity for Americans to self-correct. The question I hope voters will ask themselves is, do we really want to continue on this path? With the workforce participation rate at an all-time low, persistent double-digit unemployment in the black community and increasing threats abroad, I can’t believe there are many folks who think we’d be better off with more of the same.”

The ability to control the decisions made in Washington lies with the voters, only it requires informed and engaged voters.

“We’ve got to elect principled leaders who will protect and preserve our liberties and our nation,” Col. West says.

The leadership PAC Colonel West established during the 2012 election cycle endorsed 13 candidates, 11 of which have prior military service.

“When you see what’s happening in this world, and the dangerous and frankly, deadly results of poor strategic military decisions from our elected leaders, it’s quite obvious we need more people with military experience in Washington,” Col. West says. “Forty years ago over 70% of the House and Senate had served in uniform. That figure is under 20% now, and only 16 members of the House have served since Sept. 11, 2001.  Is it any wonder our enemies and allies alike are doubting our resolve?”

2013 Endorsement recipients will be honored at a Capitol Hill Club breakfast event on Thursday, October 10.  Colonel Allen West and Lt. General William G. “Jerry” Boykin will be attending, and speaking at this event.