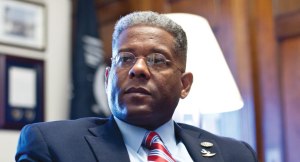 Watched the Chris Wallace interview with Secretary of State John Kerry today and I must admit, Kerry is seriously delusional. He actually believes America demonstrates strength by showing Assad, Iran, and our other enemies the “power of our democratic process.” Obama came out Saturday in the Rose Garden and voted ‘present’ then departed to do what he does best, play golf. And this conglomeration of ineptness called the Obama Presidential Cabinet believes they have actually shown resolve? We have lost all credibility and the weak attempts by Obama, and Kerry today to now set Congress up for blame just proves the lack of conviction emanating from the White House. US Navy warships are now cutting donuts in the Mediterranean Sea and I apologize for subjecting our men and women in uniform to this abomination. Obama has made a joke of American exceptionalism and power. Once again I must repeat, elections do have consequences.