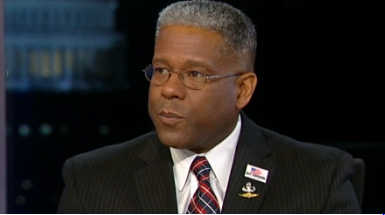 Listening to Sec. of State Kerry address the Syria chemical attack incident, and he is not convincing at all in his bloviating diatribe. What is the strategic, operational, and tactical objective? If we are not going for regime change, then what is the purpose? If we are just going to fire off some missiles — and understand Assad has already shifted his resources since we told him what the targets are — what is the purpose? A year ago President Obama fired off his mouth and now he wants to fire off missiles. To borrow his own words, he “acted stupidly.” If Obama launches an attack against Syria, a series of unintended consequences shall ensue over which he will have no control. Obama’s strategic incompetence was evidenced when there was no Status of Forces agreement to keep a residual force presence in Iraq. Now we see the consequences from that faux pas.

12 responses to “@AllenWest ” If Obama launches an attack against Syria, a series of unintended consequences shall ensue””