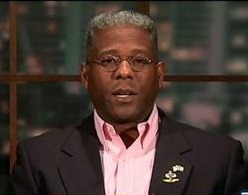 Congrats to those who made first round selection in the NFL draft. Sometimes the greatest pro football players are selected lots later in the draft, so a hearty hat tip to all who enter the draft and will make it as a walk-on. Reminds me of those days back on the streets of Atlanta where one person called ‘game’ and was allowed to pick his team. We Americans love to win and all want a winning team, so there were some not picked because they did not display the requisite skills and talents for victory. Now, imagine if social egalitarians were in charge of the NFL draft? Well, they’re in charge of our nation and economy touting rhetoric like fairness, fair share, shared sacrifice, and economic equality. They’re playing a distorted game of social equality and engineering with our military. Our nation has a draft every four years in 2008 and 2012, picked the kids who never got picked to play. Now we’re on a losing team. The most important team is Team America, next time our national draft comes along, I pray we’ll choose better.