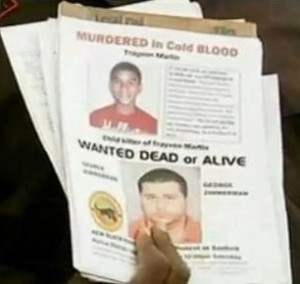 “I vehemently condemn the bounty poster emanating from the New Black Panther Party putting a $10,000 ransom up for the capture of George Zimmerman and call upon the US Department of Justice to prosecute their actions, clearly a hate crime. We have seen this type of abhorrent behavior from this group previously in 2008 as part of a voter intimidation action, it is reprehensible.  To openly solicit for the death of an American citizen, with reward, is not in keeping with the laws of due process which governs this Constitutional Republic. However, this is to be expected when irrational voices dominate our public dialogue and are fueled by an ideological driven media. I am concerned that that the tragic death of Trayvon Martin is being hijacked by malcontents.”