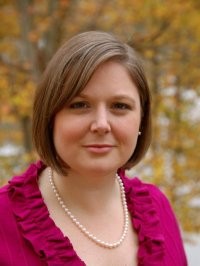 Maria Sheffield is a Georgia Conservative running for Congress.

Incumbent Democrat John Barrow, who has represented the 12th district since 2005, will seek re-election.

Maria, a main-street, middle-class, working Georgian, believes the taxpayers of Georgia 12 deserve a Member of Congress who is for them and not for President Obama. Congressman Barrow has proudly proclaimed he is working “hand-in-hand” with President Obama. The taxpayers of Georgia’s 12th Congressional District need a Member of Congress who will work “hand-in-hand” with them and against President Obama’s efforts to destroy our free market economy and undermine individual liberty.

Maria Sheffield is a Middle Georgia girl. The values she holds, the principles she supports, and the Faith she believes in have been instilled in her in the heart of Georgia. Maria grew up worshiping God, loving America, and respecting family.

Maria understands there is right and wrong, good and bad, and things which are pro-America and anti-America. Maria Sheffield is a Christian, an American, and a conservative in that order.

Maria Sheffield is from the grassroots conservative wing of the Republican Party. Maria supports bold, conservative, transformational solutions as opposed to the disaster that is the Obama-Barrow Agenda.

GEORGIA ROOTS – Maria is a Georgia native, born and raised in a small town in Middle Georgia by a mother who was a nurse, and a native of Bibb County, and a father who served and retired from the Air Force and was a native of Laurens County. They were both truly exceptional people who instilled in Maria the value of public service and hard work.  As a student, Maria spent many years active in 4-H. This important program instilled a core set of values in Maria which guide her as an adult.

Many generations of Maria’s family made their living as farmers and Maria was raised with a deep respect for the land and agriculture.  Maria is proud her family who have lived, farmed and worked in Georgia. Of these, at least five generations have called Laurens County home, which is a beautiful and warm place. As often said in Maria’s family, “It was a good place to live in the 1800’s and it still is today.” Laurens County is like the other counties in Georgia’s 12th Congressional District, each county has a rich heritage, amazing historical sites and treasures, welcoming neighbors, and good old fashioned entrepreneurial spirit.