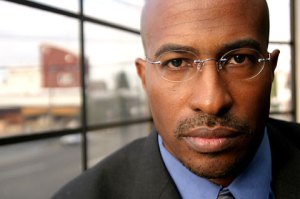 A former White House aide told liberal activists the Tea Party’s agenda is “the worst” but said their accomplishments are worth copying. Tea Party members, meanwhile, say the left will never be able to copy the group’s success as long their ideology embraces redistribution of wealth.

Van Jones, President Barack Obama‘s green jobs adviser, noted at the “Take Back the American Dream” conference Monday that the Tea Party has built a network that achieves results without a formal leadership model or even headquarters.

“They use their charismatic leaders to build something bigger than any leader,” Jones told the crowd. “They talk rugged individualism, but they act collectively.”

By contrast, he said, liberals talk collectively but act as individuals. Jones chided progressives for being too reliant on Obama and urged them to galvanize and take to the streets in the name of the middle class. Tea Party Nation President Judson Phillips said the terms “the worst” and “silly” could also be used to describe Jones and his ideology. Jones resigned from the Obama administration after controversy arose over his crude remarks to Republicans and his political affiliations.

Jones affiliated himself with conspiracy group 9/11Truth.com by supporting its petition suggesting that President George W. Bush deliberately allowed 9/11 to happen. Jones was also affiliated with the group Standing Together to Organize a Revolutionary Movement. Glenn Beck uncovered the group as having Marxist roots. STORM’s handbook, which Beck also revealed, stated the group began a rectification process that would rebuild “political and personal unity” and make a “definite collective shift towards communist politics.”